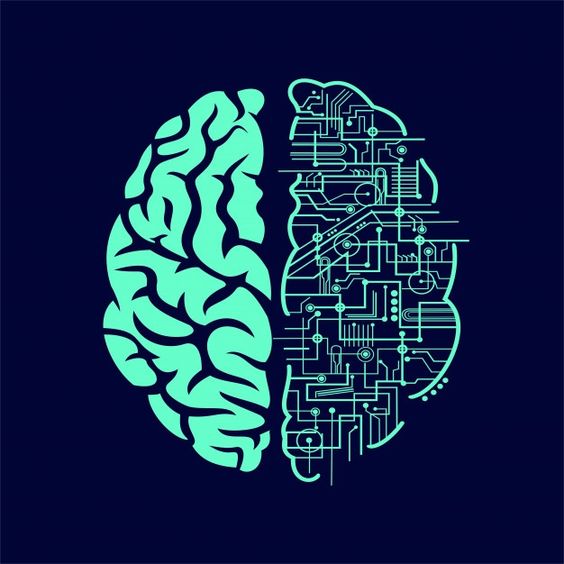 Positivity and negativity do not live in mutual exclusivity. They are one in the same, part of the game. Things that while appear separate are actually one in the same. On one side, illumination without hesitation frees you from the confines of ego and pride. The other, resistant, hesitant and quick to resent the place it’s in; indicated by a furrowed brow that refuses to allow the possibility of better by going within; instead, chooses bitterness to stew in.

What if I told you that you didn’t have to choose? That the two together was better, than siding with one or the other. It is true that the brain will choose to chew on the emotions that make us brew in irritation, rather than the ones that offer peace, albeit elation. In a world as ‘plugged-in’ as this, it’s no secret that our humanness is at risk.

Newsfeeds fueled by greed and insatiable consumer needs. A direct drip to the latest tip, a dash of purpose in every blip. We’re on the hook, only it’s a different kind of drug being cooked. A new social norm that demands you to digitally conform. Substituting synthetic connection for human affection. Reward and social repercussion, in the palm of your hand available at the touch of a button.

The feed is what, quite literally, feeds the brain with information, potential creations, and communications about everyone and everything; who’s getting married and who got the ring. Who’s succeeding and who’s playing house. What the President did or didn’t do, and what’s the next cause you must donate to. With each notification, a dopamine fed, neuro-chemical reaction manipulates your next action. Without a second glance you give the sponsored ad another chance. A skewed perversion of the intended purpose of popular platforms. Far from the intentions to connect, inspire and inform.

Capitalistic captions calling to action a purchase proposal flanked by fear-based reactions. “If I buy this, try this, be this, then I’ll be enough.” On a pedestal sits the infamous “Influencer,” whose influence is perceived to be of some divine affluence blessed by the digi-gods with exuberant vacations and a freshly polished ‘bod.’ You can find them peddling a proprietary blend of bogus assumptions, cut with clout, and financed by your self doubt. This flawed ideal of what should be is built upon a lust for leased luxury, botox and get-fit-fallacies.

The tech-giants’ Not-So-Little Engine That Could is fueled by our ‘shoulds.’ Who’s steam is fed by likes and retweets, suckling at the teat of advertisers and unsolicited advisors. We are at a turning point, an evolutionary cornerstone, in which man is rapidly replaced by drone. Where every move, action, inaction, is tracked, and fed back to reinforce your lack. Your self image, self worth and self love: hacked.

Time at the dinner table used to be spent with a healthy vent, about the day and the ones we met. Conversations are now hollow, while new friendships are sealed by a ‘follow.’ Elbows off the table? How about take your phone off the placemat, and make eye contact with the human being across from where you’ve sat?

All the feed wants to be fed is a buffet of highlight reels, of anything other than what’s real. As the digital world kneels with each scroll and refresh to satiate the needs to validate. A reel of perceived perfection, moral misdirection signed with a code and filtered by beauty mode.

What is the positive side when tech and mankind collide? This pint sized supercomputer allows us to gain knowledge, share ideas and take something we create for a joy ride. From writing to painting, photography to film, the “limit does not exist” and the memes are endless.

We have an unprecedented opportunity to connect across the globe, with humans we would’ve never known. To share important information and engage in co-creation. In many ways we have never been closer to one another, despite our distance and difference, or the ones that have strayed, we are all but a few licks away. In this expansive space anyone can find their people and their place.

What if the feed fed on what made us content, rather than circulating substance-free content? Unfucking the mind with unfettered access to what makes us better. A free flow and vast variety of viral videos that educate and inspire others to get out and stoke their creative fire.

What we can do with the world wide web, is take what the tech giants have made, to pursue an economic crusade, and be the ones who profit most if we use this tool to connect and not boast.

You have the power and potential to create, curate, and feed your soul, by focusing on what you like and omitting what you don’t, if you focus on ‘will’ rather than ‘won’t.’ A Chicken Noodle Soup that breaks the loop. An organic mix of people and things that spark authentic interest. Free from synthetic sentiments — without need for fame or glory — you are free to share your story.

Even if the inter-sphere instigates internal debate, promise yourself this: you won’t let them win. You are more than any algorithm could assess. Don’t compare yourself, or think you are anything less. You are a perfectly imperfect work in progress. Hang up the mask, and bask in the glory that you are the editor, hero, and author of a narrative of this unfinished story.

If we only side with one or the other, we deny ourselves the experience of what there is to be discovered. Ultimately it’s up to you to choose a vantage point with a view and feed your brain a nourishing stew. All I ask is that you do so in a way that helps shift the present status quo askew.