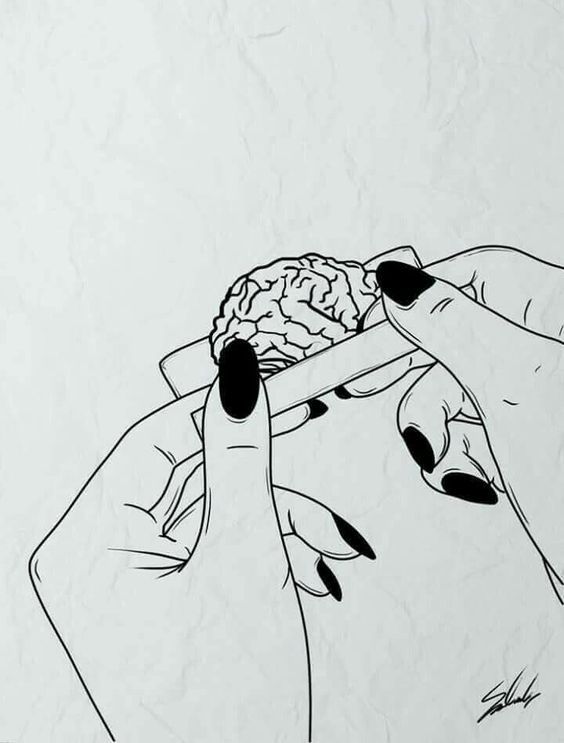 Contrary to popular belief, your brain is not out to get you. It’s easy to look at your brain and want to run in the opposite direction. This 3lb-action-oriented powerhouse is primarily focused on helping you foresee potential threats, discern sensory signals, store and recall information in a viscerally valiant effort to keep you alive.

Think of the brain as “headquarters” pun intended. It serves to function as a mediator between physiological and neurological signals that communicate within, and around, your body.

The brain’s sole purpose is not to bombard you with self-sabotaging-sentiments, obliterate your objectives, nor overwhelm you with emotions. The brain is a muscle. A muscle that receives more information on a daily basis than we mere-mortals could ever comprehend. Humans operate at a fraction of our potential processing capacity. This muscle is limitless in its abilities; so are you.

Instead of caving to its vastness, tampering with thought, or bullying yourself based on disillusioned evidence of past experience — why not sit with the brain, as the muscle it is, rather than succumbing to its subconscious processing. Why not try to find a cavern of confidence in the valley of realization that the brain is basically a three-pound-meat-loaf you let run your life.

The Meatloaf is constantly in a flurry of processing information. From auditory to sensory signals, to internal processing of both past, and present, to make sense of a future that has yet to be determined. The vast majority of your cognitive currency is spent in the frontal lobe.

The frontal lobe — located just behind the glabella, or your big-human-forehead — is the most evolved portion of your brain. It is the result of the expansion of human consciousness, communicative capacity and social dynamics. The frontal lobe is remnant evidence of how humans have gotten this far. It serves to categorize, label, make decisions, foresight and fear-based-future planning.

Early homosapiens, however, didn’t have a whole lot to contemplate nor philosophize about. The needs were based purely on survival: hunt, fight, flight or faun, and rest, digest, rebuild, recover, and — a modern favorite — procreate. They weren’t wondering what hieroglyphs Caveman-Steve posted on his “wall.” They weren’t commuting to work at sedentary jobs. They weren’t inundated with psycho-physical toxins in their food, environment, and relationships. The early human’s concerns: fight or flight, feed or fuck. That was about it.

The brain at that point in time was closer to that of our primate predecessors than the “meatloaf” we know today. Less concerned with complex processes and more focused on reacting fast enough to survive through the day. This part of the brain is known as the HPA axis or your ‘reptilian brain.’ Home to some of the most essential structures in the human body for fear, hormone, and survival based signalling. This same area of the brain is known by psycho-analysts as “The Trauma Center” as it’s responsible for storing and relaying information about any experience that yields a loud-enough survival response. The early human-brain, had significantly less processing power, the early frontal lobe was — what we now know as — the Hippocampus, a region essential in the process of neurogenesis or the birthing of baby brain cells. In early human skulls, this is represented by a flattened glabella and enlarged brow bone.

The muscle that sits on top of the foremost section of the skull is aptly named “the glabellar muscle,” is a primary receiver of emotional signalling. When we look in the mirror, we receive a visual feedback loop of how we feel internally, based on what is reflected externally. This is called the mirror neuron effect.  A key player in our emotional expression, the glabellar muscle is crucial in communication with those around us.

In contemporary context, for those that struggle with chronic depression and/or anxiety, the scars of hard-fought internal battles show themselves in fine lines, premature wrinkles of the glabellar muscle.

Psychiatrists have found that, by injecting minor amounts of the popular beautifying-neurotoxin Botox into the foreheads or hairlines of the patient, has the potential to yield positive effects* on the patient’s self image, mood and overall well being. Botox paralyzes the neuroreceptors making it difficult for the negative emotion to make its way to the external expression. Thereby reflecting a calmer, even brighter, reflection to the visual receptors of the brain. (*having experienced this first hand I can tell you it makes a difference. That being said it is not a complete solution, but an interesting approach to the symptoms).

As humans advanced, so did the growth and development of the frontal lobe, which evolved into what we now know as our cognitive — or thinking — brain. Basic primal cognition, evolved into conscious emotional complexity, evolved into the vast capacity for human empathy, and the potential for greater innovation, creation and elevation of human consciousness.

Technological advancements have only furthered our understanding of what human beings are truly capable of — good, bad or indifferent. The main problem today is the sheer overwhelment of stress-based-content that keeps the brain in a feedback loop of survival. Humans are bombarded with more stimuli than the meatloaf could possibly process, in an environment that is straight up lethal to collective wellbeing.

As a result of the override, the brain’s dominant gear is overdrive. Leaving it leaping to make cognitive assumptions, riddled with omissions, because the brain is hardwired to take the “path of least resistance,” based on learned experience.  All in an effort to increase your energetic MPG by using past information to quickly discern a path that allows for the quickest, safest and most accurate response. And THIS is how we fall into negative thought patterns, beliefs, cycles and behaviors. High traffic highways that command attention, horns blaring, cornered by chaos which in itself can be addicting. Releasing high-power neurotransmitters that send signals of urgency across the brain and body. These processes also have off-ramps and overpasses under construction, building off-ramps and offering an exit from poorly paved pot-holed narratives.

It’s important to note that the brain doesn’t know how to tell time. We as a society have consciously created metrics, and modalities of time, but to the brain it’s all the same. Meaning that if you have a “tab” that initially opened 10 years ago, but hasn’t seen its full life cycle, your brain and body will label it as active; the body will follow by experiencing it as though it’s happening in the present moment. Which is how triggers that are actually temporary cameos in your story, transform into starring roles.

Remember the brain is “headquarters” — it receives the stimulus, references any information it has available, then quickly discerns its closest possible answer.

You are the CEO — the one who makes the final call.

That’s what most of us miss.

We assume that our brains are bossing us around, when in reality we’ve been the boss all along. While the brain seems like the big guy upstairs, in reality, it’s a muscle taking orders from the sensory nervous system, and you, the conscious human being.

Your brain is less concerned with accuracy, and more concerned with efficiency. Closing the cycle, sending the signal and executing the next task. When signals go unprocessed, they get stored and replayed on loop. Like an overused Disney-VHS Tape playing on loop stuck in an eternal cycle of a video player that just won’t quit. (I realize that anyone born after the year 2000 has no idea what the fuck i’m talking about, but that’s sort of the point). The cycles that you continue to adhere to — simply due to the level of their volume — are outdated, beyond their expiration date, and yet because we haven’t found closure on those scenes, the body can’t find closure. Though it happened then, to your brain it’s happening now and you have no reason to think otherwise.

Unprocessed thoughts, memories, emotions or traumas can get stored in muscle tissue as spasms, cramps, and in the most extreme cases — they can manifest as autoimmune and chronic pain conditions. In the brain you can suffer brain fog, difficulty focusing or sitting still, chronic anxiety, depression, and ptsd. With the brain’s tank running on ‘E’ it’s easy to get short, frustrated, irritated with yourself and others. Making you quick to judge and react, and emotions hard to hold back.

Think about your web browser window with too many tabs open. You have an ad playing on one, inprogress work, music mysteriously playing from another, notifications, emails, text messages, billing notifications, sounding off. The only way to clear the browser is by closing each tab one at a time.

Your brain is a muscle, and a fucking cool one I might add. It’s powerful, expansive, beautiful and somewhat tragic in its attachments. It wants to grow with you, not against you; It’s definitely not out to get you. It’s just trying to keep you alive, plan for the worst, and keep all necessary functions operating with minimal complication. The cyclical thoughts that you have running on a loop are a direct result of the neurological indigestion we suffer as an ever-evolving species.

Repaving these highways isn’t easy, but that doesn’t mean it’s impossible. Ultimately the relationship between your brain and body is constantly in flux and all it actually wants is balance. By learning to see your brain and a muscle eager to be toned, you can learn to flex it in a way all your own. A practice, perfected only by perpetual choice, which is innately personal.