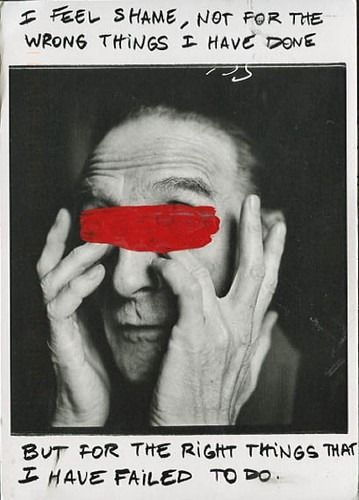 Your Brain on Trauma

Wait! Don’t go anywhere, it’ll be painless! And you’ll leave with greater understanding of what this means for your brain and body, and what you can do about it… *pinky swear*!

While some use trauma as the vehicle for self sabotage, attachment and projection  — in this community we believe that your traumas are here to teach you — not torment you.

I wanna take a human moment with you to explore what trauma actually is to your 3lb meatloaf, and why it’s not as scary as it sounds and really isn’t as complicated as some would have you think. Trauma by definition is any stimulus, or experience, that leaves a lasting survival-based impression on the brain and body.

For example — I was in a car accident when I was a senior in high school — that happened right in front of the student parking lot… at rush hour. In a spaghetti strap tank and a totaled vehicle on display for the student body to see. LEGIT one of the worst moments of my life.

Thankfully no one was seriously injured, but I wound up with a shoulder injury that I still fight with to this day. Not only did the impact of the airbag make a lasting imprint in the ‘trauma center’ of my brain, but the emotions of shame, fear, angst and anguish, got semi-permanently harbored in my muscle tissue.

If you have ever been in a car accident, or any experience that called upon a loud enough survival response, then you know what it feels like to jump at the idea of it happening again.

I’m the world’s worst passenger because my brain is constantly preparing me to brace for another “impact.” The irony — is that your meatloaf does this exact same thing when it comes to emotional and psychological trauma.

When the brain receives an input, it reaches back into what’s known as the limbic system for reference points on how to act, react and categorize the stimulus. The limbic system is referred to by psychologists as “The Trauma Center” because of its ‘filing-system-like-functionality.’

The purpose of the trauma center is to store information valuable to your being in order to allow for the path of least resistance, should that same event present itself in the future.

Think about a little kid touching a stove. Upon the body receiving the sensory stimulus of extreme heat the brain, almost instantly, sends down signals via the central nervous system — pain signals to alert the body’s repairative function — that jolt the body away from danger.

The next time lil’ timmy thinks about touching the stove, the brain will reach back into the limbic system, recall what it felt like to get burned, and deliver a neurological “er– maybe not such a good idea.”

The funny thing is that the brain doesn’t know how to tell time. It simply responds to the stimulus it’s being given based on the sensory information it’s able to gather. This is, unfortunately, the genesis of anxiety, depression and other mental health concerns.

If the experience embossed a deep enough imprint in the brain, it can bury emotions, unprocessed thoughts and “open tabs,” in the body resulting in chronic aches and pains, emotional irregularity, inability to focus and in the worst cases chronic illness.

If the brain has received a vast amount of traumas, it can be set on perpetual “high alert.” Analyzing, decoding, and planning for the next potential blow to the nervous system. For those of us that battle with brain bullies — this is why.

WHAT THIS MEANS FOR YOU…

The brain is a time traveler constantly bouncing between past and future — seldom if ever allowed to be in the present. It worries about what was, while fearing what will be, and is never satisfied with what is.

The more we let the brain call the shots, the more ingrained these fear-based actions and behaviors become. Rather than a subtle narrative, it’s an outright war on your potential. I am here to tell you that you are not your traumas, and they really do have something to teach you.

First off, you will never get it all in one fell swoop. You just won’t. So get comfortable with a one-rep-at-a-time approach. There is no timeline for healing, this process is entirely meant for you and you alone. You are also entitled to your truth — without the interference of the opinions of others.

If you persist, and continue to ignore the traumas that taunt you, the emotions you’re avoiding will only compound and the backfire will only be worse. Think of your brain as a super powerful google chrome browser — with a bunch of tabs open.

One is downloading a video, another has an ad playing in the background, then there’s the one that won’t stop buffering. If you open enough tabs, and run enough applications, eventually the browser will crash. It will think, load, process and recall slower. And the user experience — well — is less than friendly.

The only way to close the tabs is one at a time.

I mean yes in theory you could CTRL + ALT + Delete but what would be the point? You wouldn’t have the opportunity to survey the work you’ve done, say farewell to open dialogues, or absorb the information you were seeking out in the first place.

If you choose to address the trauma head on, do so in a compassionate way. Allow yourself time to process, digest and work through the information as it comes up. Journal to keep record of the growth that you’d otherwise brush off. Most importantly, maintain a healthy, open and regulated dialogue with yourself. I know it seems trivial but it’s true. You are your own worst enemy, and your greatest anecdote. It’s up to you to say what stays and what goes. It’s up to you to make a declaration of transformation; inside and out.

When you make the choice to rewrite an outdated narrative, you open the brain and body to a greater peace and sense of being. You allow yourself to move past the past, experience the present and patiently await the future — rather than fear it.